You're going to know the fear with Five Nights At Freddy's ™, a viral suspense and terror game that has caused a sensation


Five Nights at Freddy's ™ is the first of the deliveries of the saga of suspense games and psychological terror that is being a success on the Internet. This game was created by Scott Cawthon, an independent developer, who in a very intelligent way uploaded several mysterious videos to YouTube that was became in Virals and made this game famous. We recommend that to play the lights off, you wear the helmets and feel the anguish and suspense is assured with this game that has been so commented on social networks and Internet in general, but attention: this game is not recommended for sensitive people! 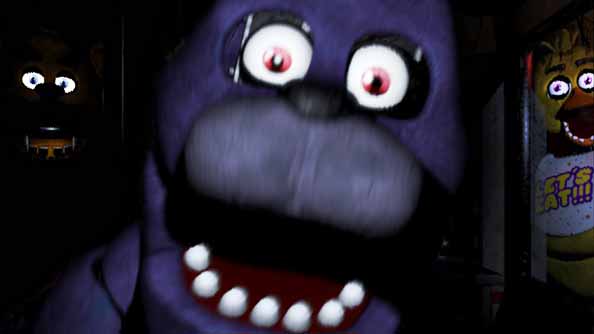 Urban legends, rumors, paranormal phenomena, ... hearsay, or maybe not? Discover it yourself and dare to play. In Five nights at Freddy's you will be Mike Schmidt, a security guard who has been hired as a night watchman of the Freddy Fazbear's Pizza, a cheerful pizzeria by day but that at night becomes sinister by the black legend that drags a few years ago. The owner of the pizzeria invested a lot of money in some Animatronics (autonomous robots with artificial intelligence) to encourage children and adults with their dances and songs: Foxy (The fox), Chica (the Chicken), Bonnie (the Rabbit) and Freddy (the bear). There are news and rumors of attacks from the animatronics, customers who say they saw blood and slime in the mouth of a Animatronic, the disappearance of 5 children in the pizzeria kidnapped by a man disguised as Animatronic ... what seemed a quiet job is not going to be because when they hired you and explained the working conditions avoided telling you certain details ... 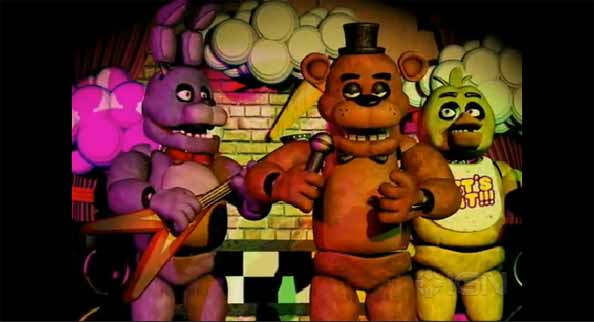 You are already in your workstation in front of multiple screens of the video surveillance system and you get a message on the answering machine who claims to be the former security guard. Indicates that the Animatronics do not go out at night because the servomotors that move their mechanisms can not stop working to avoid breakdowns, so these wander around the pizzeria at night without any control and ... be careful if you find a Animatronic face to face at night! Because if you have the misfortune to meet one this will believe that you are one of them but that you are just the endoskeleton of a Animatronic so you will try for all the ways to get in one of the spare suits killing in their efforts.

Sitting in your workplace you will have to go through each area of the pizzeria to prevent the Animatronics reach the surveillance room (not all rooms have image, some will only have sound) you will not be able to move from your chair, just control the two doors located to your right and left and the lights of the two corridors to which it gives access. The operation of the lights and doors is powered by a limited energy battery so you will have to temper your nerves and act with intelligence to not exhaust them. Close the doors if a Animatronic approaches and waits for it to go, this simple but we assure you that it will be one of the most distressing and terrifying experiences, also enlivened with an ambient sound acting in your subconscious and awaken your deepest survival instinct with the constant harassment of the Animatronics. 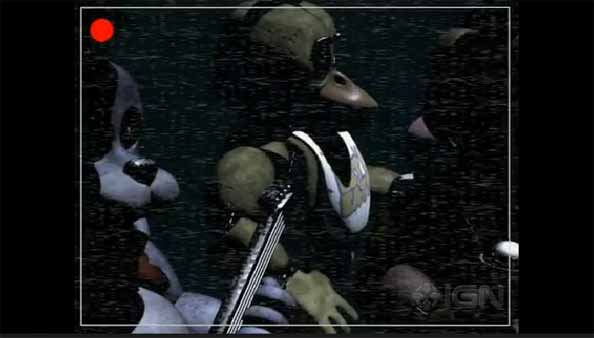 The game runs for 5 nights, which correspond to 5 levels of the game (increasingly difficult and violent) from midnight until 6 am (in the game will be 6 minutes that will make you endless). During the game you will see newspaper clippings with news of events in the pizzeria and that you will discover the sinister of the place as the event of the year 1987 in which a Animatronic bit in the head of a client and sectioned part of the frontal lobe. So crazy and terrifying is Five nights at Freddy's ... prepare to feel the fear? 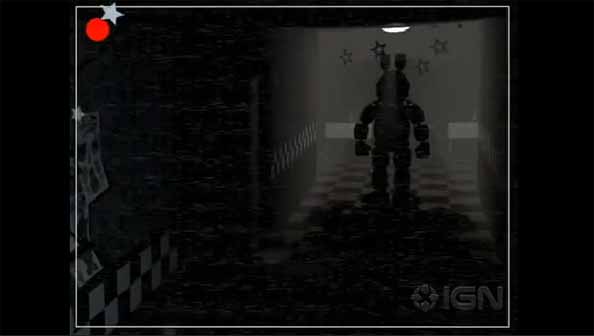 How to play Five Nights at Freddy's ™

828
TERROR
THE BABY IN YELLOW