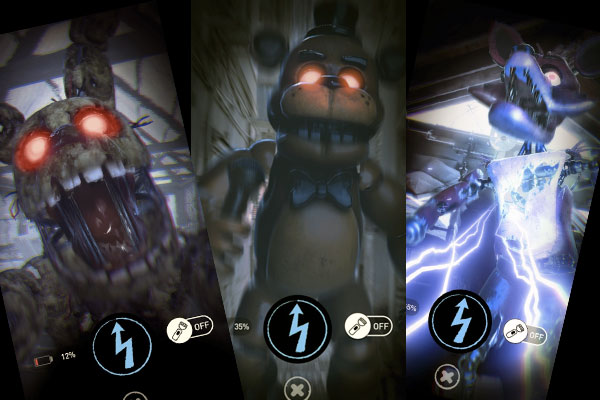 Five Nights At Freddy s AR: Special Delivery ® is the new FNAF game for Android with which you will spend a fear… in your own home!

FNAF AR: Special Delivery is the next installment of the FNAF games series that will move to your own home the terror that always made you jump out of the chair. The game is in development, but you can Pre-register, continue reading and we'll tell you how.

Not many details about game mechanics are yet known, with the success garnered by the previous FNAF titles, we can hope that it will be a whole new experience for the senses to be able to play in your own home as a game scenario and with a flashlight in hand.

Play Five Nights At Freddy's AR: Special Delivery is sure to be nerve-wracking and exciting in equal parts. Imagine if an animatronic comes out of your closet, or you have to hide behind your couch… or that in the dark of the night Freddy comes out from under your bed.

Work is still under way on the development of the game and its release date is not confirmed, although it is expected to be before the end of 2019.

A specialist in gaming is the famous YouTuber Markiplier (one of the most influential, with almost 24 million followers), who brings us his first impressions in the following video-analysis:

Although the game is not out yet, you may be one of the first to play free FNAF AR. To pre-register and receive its release, news and even a free Snapchat filter, follow these simple steps:

Five Nights At Freddy's AR has been developed by Scott Cawthon (the same creator of the series) and Illumix. You can find out more information and updates about the game on its official site official site or on his twitter.