Cuphead is an action game in which its two protagonists (Cuphead and Mugman) must traverse dangerous and strange worlds in a 2d platform game and shots that is causing a sensation for its graphic originality. Discover new movements, powerful weapons and the secrets of this addictive game in which your mission will be to repay your debt to the demon. Play alone or in co-op mode and face the final boss of each level. With this game you will be immersed in the essence of the animated films of the 1930s, with a soundtrack based on jazz music ... discover the game that everyone is talking about!

Cuphead is an independent game that is beginning to be very commented on long before its launch on September 29th. The expectation generated by this game is compared to other hits like Hello Neighbor or the latest Bendy And The Ink Machine. The graphic design of the game has even been done with the same techniques of the classical animation in which it is inspired: creation of animation by hand drawing. A great team of animators has been directed by the brothers Chad and Jared Moldenhauer, from their independent producer Studio MDHR. After a delay of several years (the brothers have come to borrow to produce the game) the expectation that is waking up in the international gamer community is already feeling strongly. An example is the gameplay carried out by PewDiePIe, one of the YouTubers with more followers, and who sayss "(Cuphead) this game is a little hard":
If you liked this game you may be interested in other "Action games" of our selection, such as: Plants Vs Zombies 3 (Pre-Alpha), Apex Legends (Battle Royale PC), Totally Reliable Delivery Service, Rocket Arena, Hot Lava, Granny Simulator, Borderlands 3, Realm Royale, Hyper Jam (PC), Zero Deaths (The Game) or Mordhau (Beta).

How to download and play for free to Cuphead for Pc? 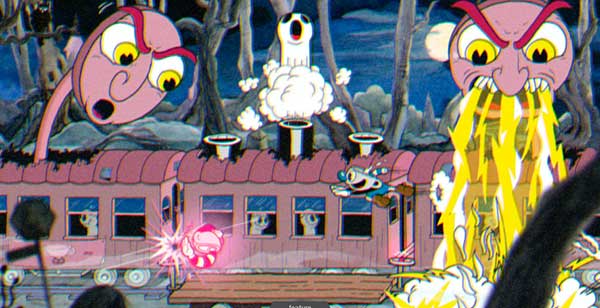 To play a funny and curious Scratch version of Cuphead, click the "Play Now" button located on the top left of this page, without downloading anything.

Cuphead has already been released for PC and Xbox One on September 29, 2017 and, for the moment, the only official Pre-Alpha version was seen at E3 2017. Subscribe to our social networks to find out when a demo version will be available to test the game.

Price and how to buy Cuphead

Cuphead can be purchased on the Steam by €19.99 in its basic version or by €27.99 in the Deluxe version (includes the original soundtrack). Buy Cuphead on Steam.

The Xbox one version has also been released for €19.99. Buy the game in the official Microsoft store.

Cuphead will only be sold in the downloadable digital format of the network, not in physical format. At the moment no versions are expected for MAC or PS4.

You can see the fun Cuphead Trailer on YouTube published by Studio MDHR on the occasion of its launch.

1.5K
ACTION
KILL IT WITH FIRE